Red Kites were reintroduced to the Chiltern Hills between 1989 and 1993 in a project now managed by English Nature and the RSPB.

Over 90 birds were originally introduced from Spain and there are now over 100 breeding pairs of these magnificent birds.  Such has been their success that young birds are now moved to other parts of the country to establish new colonies. 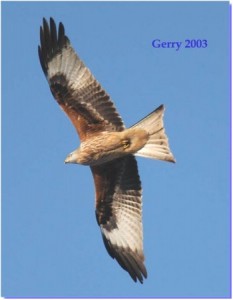 Red Kites can always be seen circling above Radnage.

The photographs on this page were taken in Radnage by Gerry Whitlow. Take a look at his own website at www.hyelms.com